Pension Underfunding: A quick review of the safety-nets that are already in place 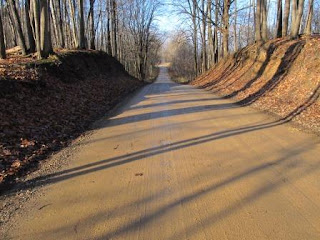 Mrs ERJ and I were taking our daily walk when the conversation turned to pensions.

The recent news about the Dallas Police and Firefighter's pension triggered the discussion.  In case you have not been following the news, Dallas retirees have been opting for "lump sum" settlements because they realized that "40% funding" means that sooner-or-later there will be no "later".
It is as if the pension managers are flying a plane toward a mountainside (liquidation).  They are praying for an updraft (return) as they claw for altitude (assets).  Every retiree taking a lump sum settlement effectively lowers the plane's altitude by fifty feet. Each lump sum payout increases the chances of the plane flying into the side of the mountain. Eventually, a crash becomes inevitable.  The Dallas mayor has since placed a moratorium on lump sum payouts.

Government rescue
At this point it appears unlikely that the Federal Government will step in and rescue failing pension plans.  While pension funds are "insured" the assets of the insurance programs are woefully inadequate for the systemic failure of pension funds that may be coming.

As we walked, it occurred to me that there already are Federal safety nets in place.  There is the SNAP, Energy Assistance programs  Telephone assistance  and Medicare/Medicaid programs.

To the best of my knowledge there are no programs to help indigent seniors make house payments.  Many states do offer means-tested discounts on property taxes.  Washington State's program is structured such that the taxes on the property's first $60,000 is forgiven.  That could have a chilling effect on the value of high-end retirement communities.  Pensioners who suddenly find themselves destitute will still be on the hook for paying property taxes on $190K of the property assessed at $250K.

All of the usual editorializing applies.  Pack your own parachute.  Learn to live within a small footprint.  Make ties within your community.  Make an effort to be "nice".  Volunteer at the soup kitchen or thrift store.
Posted by Eaton Rapids Joe at 8:30 AM