Seven Skinny Cows: Will Fiona ever find her Shrek? 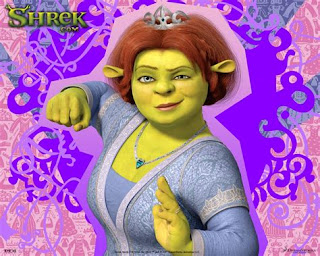 What venomous beast has eight arms, eight legs, 108 teeth, half a brain and a shriveled, skanky heart?

A posse of mean-girls.

Janelle Bozer* entered the Salazar household as a foster child the summer before she entered ninth grade. Janelle had been shuffled from foster family-to-foster family through no fault of her own. She did her best to fit in and be invisible.

As a ninth grader she came under the unpleasant scrutiny of four “mean-girls” in the tenth grade who resolved to make Janelle’s life a living hell. The mean-girls were in the bottom tier, socially. They were neither beautiful, skinny, talented, athletic or smart. They compensated by being unpleasant, gifted in that regard by both intrinsic personality and motivation to achieve in-group status.

They possessed one other gift in abundance, the ability to sniff out the one person who just wanted to be invisible, the one person they could bully and belittle and thereby elevate themselves above the level of “total loser”.

Princess Fiona was a character in a popular Disney animated movie. Fiona was a beautiful, Celtic princess by day...voluptuous of curve, a stunningly beautiful face and lilting voice.

By night Princess Fiona was an ogre and possessed a face that was distinctively porcine in nature.

Sadly, for Janelle, her face was not the austere assembly of concavities and angular planes much loved by magazine covers. Nope. It was not the Celtic Princess Fiona that Janelle looked like.

Janelle’s face was broad and fleshy. Her bulberous nose short and turned upward. her cheeks round apples, lips puffy and full. Her hair was rusty steel wool. Once the comparison was made it was impossible to ignore it.

Janelle stoically bore the insults, hoping they would get bored and find another victim. It did not happen.

Janelle snapped when they deduced which boy she was sweet on. He, too, was one who wished to remain invisible. The four mean-girls “outed” them in the cruelest of ways.

What venomous beast has eight arms, eight legs, 104 teeth, one brain and a shriveled, shanky heart?

The posse of mean-girls, Eaton Rapids Class of 2009.

Janelle had learned a few things about defending herself as she had sailed through the foster-care system. She used those lessons to good effect when she caved in the dentition of the leader of the mean-girl posse.

Janelle was completely shocked when Kate and Rick went to bat for her. It was to no avail. The high school administrators were Hear, See and Say no evil kool-aid drinkers. It was IMPOSSIBLE that the four, sweet, native-born sophomores were the satan-spawn Janelle said they were.

Both Janelle and the school district administration jumped on Rick’s proposal that Janelle opt out of traditional high school for the parallel, “electronic” curriculum.

The school district administration was far more flexible than the building administrators. They granted Janelle a great deal of flexibility in planning her curriculum. As long as the material was at least ninth grade level and it could be hammered into a box on the list of required courses they were more than willing to accept it as a valid course.

By the time Janelle was a senior, she was reading and critiquing Masters theses in Manufacturing Technology from Carnegie-Mellon, Michigan Tech, University of Cincinnati and University of Illinois.

Word got around. If you wanted to avoid getting blind-sided during your “Thesis Defense” examination, you sent a draft of your thesis to Janelle.Bozer@Mjail.com

They did not know or care if she was a high school kid or that she had a porky face. They saw her as a peer who had an uncanny ability to point out the land mines and “soft spots” in their research that unfriendly professors would home in on.

After graduating from high school, Janelle felt nothing binding her to Eaton Rapids. Kate and Rick had adopted her and given her a new last name. They also had to wisdom to see that they needed to let her go, that she needed to measure herself against the larger world.

The larger world was a cruel place. To men, she was invisible until thirty minutes after last-call at the bar. Or, in the work-place, men assumed that she was so starved for male attention that she would leap at the chance to bed even the most sloven and unhygenic of men. Women assumed she was a bull-dyke.

Janelle loaded up on tatts and piercings, hoping it would scare away the bottom-feeder men. Unfortunately, there is no kryptonite known that will deter a self-professed Don Juan at 1:30 in the morning after consuming too much strong drink. The ink and hardware only convinced the women that she was definitely a bull-dyke and she had to fend off clingy women and physically beat up lesbians who assumed she was infringing on their turf.

In spite of the hassles, Janelle loved the west coast. There were so many social niches and the population was so dynamic and mobile that she felt completely at home as she glided along the interstices between the niches. If the shoe started to chafe she simply moved fifty miles and start over.

Ebola bit that in the ass.

She moved back to Eaton Rapids because she had a deep and profound faith that Rick and Kate would survive ANYTHING. In some ways she found them touchingly naive. In others she had them pegged as Resilience-R-Us.

Settling in, she found that she liked her siblings better as adults than she ever had as teenagers. Well, maybe except for Gabby. Gabby still was bossy.

Not only did she like her siblings, but she liked their mates and she especially liked Kelly Carney. He treated her as a peer.

What she did not like about Eaton Rapids, post-Ebola, was that she was doomed to be a spinster. Out west, she had been able to push the probability out of the top layers of her mind. Out west, everything seemed possible.

It wasn’t just the close horizons of Eaton Rapids. It was Ebola.

Whether programmed by God or by Darwinian selection, it is a fact that men suffer much higher mortality during famines and epidemics than women.  The ability for a population to rebound from a near-extinction event is bottlenecked by the number of viable uteruses, not the number of viable testes. It is highly desirable from an biological-evolutionary standpoint that mortality be highly skewed to spare girls at the expense of boys.

Everything that makes modern education difficult for boys are artifacts from the pro-uterus selection embedded within our genes so the species will survive extreme events. “I bet that sabre-tooth tiger got bored and went away. Let me check.”

Not only had Ebola wiped out many of the young men...thank-you Wedgie...but the defense of the community had sponged up a good many of those that were left.

The few young men who were available were younger, spineless specimens who lacked ambition. If the continuation of the species demanded it, she would find an older DNA donor (Dmitri came to mind) and pop out a couple of pups, social conventions be damned.

Hope springs eternal, nevertheless. Because she liked Kelly and because she liked the energy that pubs created, she agreed to work in the bar that Kelly and Gabby cobbled together and ran on a part-time basis. Who knew, maybe a tall, dark stranger would walk into her life and sweep her away. Maybe Princess Fiona would find her Shrek.

"Bozer" corruption of Beau Yeux for the Francophones in the crowd.