Word came into camp that hundreds of “zombies” were sighted three miles west of Squad One’s camp. The reports claimed that the zombies were heading east on Vermontville Highway toward the buffer zone that Chernovsky's fighters controlled.

That was at the extreme western edge of their area-of-operation and even though reports of “a hundred” invariably meant twenty-five or thirty actual, Chernovksy deemed it advisable to send two squads to deal with the issue.

Chernovsky countermeasured the soon-to-be-empty camp and observation post in the center of his area-of-responsibility by directing Squad 3 to send one of the two fire teams over to support.

Quinn decided to travel due west out of camp and avoid Vermontville Highway. Being off the road meant they could bound west with almost no risk of being seen. Vermontville Highway was hilly and would have required a point unit being one rise ahead of the main group assessing the risk of encountering eastbound unfriendlies.

Everybody was pissy because it was an hour before lunch and they knew it was going to be at least a three hour operation. Lunch would have to wait.

The operation went in the ditch for Quinn, personally, when he was crossing Silver Creek. Quinn slipped on a rock and severely twisted his left ankle, enough so that further walking on it was not possible. His footwear was battered by three continuous months of operation and the lack of support undoubtedly contributed to the mishap.

Quinn volunteered to guard the backdoor while the remainder of the squad continued west to hook up with Squad 1 and then, under the direction of Donnie, to continue west until contacting the enemy. It is not like he had a choice.

After they left, Quinn hobbled his way up the widening basin of Silver Creek. The vegetation was an unusual mix of Red Cedar and Catalpa and boulders...all three items being rare in Eaton County.

Setting up behind a rock pile with a good view of Vermontville Highway two hundred yards to the south, Quinn expected a boring day.

Quinn’s first assumption when he saw the riflemen moving west on Vermontville was that Chernovsky had sent out the remainder of the third squad to support. Glassing them with his compact binoculars, Quinn realized that the riflemen were not from Chernovsky’s group. They were wearing camo and they were all carrying AR clones.

His concern spiked when he saw them slipping into the brush at twenty-five yard intervals. They were clearly setting up an ambush and they clearly expected their targets to be coming from the west. Five of the ambushers set up on the south side of the road and one of them set up on Quinn's side of Vermontville Highway a scant hundred yards to the southwest of him.

Chernovsky’s squads had run enough games so that Quinn was able to make a few unpleasant deductions.

Quinn toggled his hand-held CB and alerted Donnie, the squad member who was next-in-line to cover him when he went down.

“Yeah Quinn, whatchya got. Run out of sunscreen?” Donnie asked.

“Listen you bastard! You used my deodorant. Where the hell did you put it?” Quinn said. Suddenly, Quinn was glad about Chernovsky's paranoia. That was the signal to switch to the alternate channel.

Donnie stopped his squad with a hand signal. When his squad stopped, so did the other squad. The fighters who had been walking along the edge of a field automatically blended into the bushes and scrub growing along the fence line. They also took a knee to break up the distinctive outline of a standing human. They did it without thinking because that is what training does, short-circuits the need to think of the appropriate response.

Chernovsky set the primary channel every morning by throwing two dice, one red and one white. All of the Team Leads had a laminated index card that translated the number thrown by Chernovsky into the primary channel for the day. Of the forty possible channels, the four most used were skipped over as there are thirty-six possible throws of the two dice. Then Chernovsky repeated the exercise for the day's secondary channel and then called out the four numbers: Red 1, White 1. Red 2, White 2.

“I think you are walking into a trap.” Quinn said.

Suddenly, Donnie the perpetual screwball was all business. “Evidence?” he asked.

Back at camp Chernovsky was all ears. He had switched to the alternate channel after Quinn used the "..bastard...deodorant" code phrase. He could hear Quinn’s end of the conversation but not Donnie’s responses. 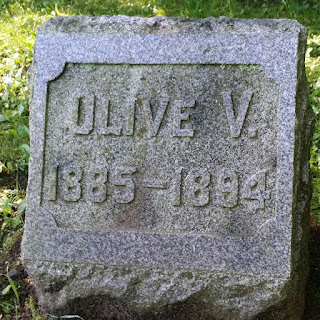 “I saw six fighters set up an ambush. They were setting up for when you come back. They are between Olive's Cemetery and Gunn Road.” Quinn said.

That was a head-scratcher.

“Any clue where they came from?” Donnie asked.

“All I can figure is they cut cross-country from West Windsor Highway to Parez Road and then moved south to Vermontville Highway. That is the only way I can figure they would get in without our guys seeing them.” Quinn said.

That was alarming because in four weeks of daily operations they had never run into those kinds of behavior: Rifles, ambushes, traveling cross country.

The fact that the strange riflemen were setting up an ambush suggested that they had intelligence about their operation.

Miscellaneous facts started to crystallize for Quinn. He had been involved in several engagements in the past ten days where the raiders had a trailing element that never engaged. The trailing element hung back a quarter mile and beat-feet as soon as Quinn’s squad rolled up the raiders.

“I think we are out of range of the camp. Can you ping Chernovsky and ask for guidance?” Donnie said.

If the bad guys were setting up an ambush there was no point in rushing into it. Donnie and the squads were masters of waiting. “He who waits best, wins.” was a Chernovsky saying.

Back at camp
Chernovsky rubbed the stubble on his chin, deep in thought. Then he responded “Forewarned is forearmed. Approach primary target with caution. Suspect they are bait. Use your resources to turn tables on them.”

Quinn relayed the message to Donnie.

“What the hell does that mean?” Donnie wanted to know. Then he radioed back “Clarification?”

Chernovsky replied “Probably a trap. Reported hostiles are bait. Real fighters will whack you when you are focused on bait. Ambushers are clean-up. Your mission has not changed. Kill all of them.”

After getting off the radio, Chernovsky signalled that it was time to run “Play #47.”

Chernovsky was fastidious in everything he did. The signal was not shouting or raising a flag or anything obvious.

Chernovsky urinated into the firepit. The eyebrows of the team that had flowed over from Squad 3 to backfill Squad 2's nearly the empty camp shot up but the message was understood. Those who were too far away from the firepit to see the signal were quietly informed by others as they filtered out of camp in ones and twos with their weapons.

After settling down into a comfortable firing position that overlooked paths into camp, the Team Leader from Squad 3 realized that his counterpart, the Team Leader who led Squad 3's other fire team, probably did not hear the switch to the alternate channel. He changed back to the primary channel and gave his opposite a bump. "Hey Bernie?"

Then the Team Leader who had shifted over from Squad 3 to cover Quinn's departure switched back to the alternate channel and settled down to wait. He had done what he could to pass the word along.

A mile-and-a-half west of Quinn:
“Well, that was clear.” Donnie said after Quinn relayed Chernovsky’s message.

Donnie made the “Huddle up” hand signal and the two squads moved in for an impromptu planning session. It was not a hurried rush. It was two fighters doing over-watch while one moved...then a thirty second observation pause before the next 1-of-3 moved. During the thirty second pauses the entire squad scanned 360 degrees in narrow pie-wedges. It was like watching paint dry.

This was a scenario Chernovsky's fighters had practiced countless times. The second man moving before the full thirty seconds elapsed resulted in a three mile run for the entire squad. Better to be slow than to run...or be dead.

Even as his men were moving silently toward him, Donnie was pulling up maps of the terrain to psych out where opposing force would deploy for the primary ambush.