Seven Skinny Cows: To Whom-ever it may Concern 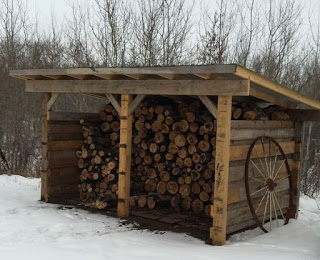 Grumpy and Doreen Cowper, the couple who took Mark Salazar in before the iron grip of winter closed its grasp, died in the middle of February.

Grumpy and Mark had been bringing large rounds of wood in from the big barn to the woodshed. There, he and Mark would split and stack them prior to carrying them into the house for burning in the small woodstove in the kitchen.

Like many old men, Grumpy got caught up in the task and forgot he was not thirty years old any more. His hands got cold or the big chunk he was carrying had some ice on it...the exact cause did not matter.

Grumpy dropped it on his foot.

Even Doreen did not know that Grumpy had Type II diabetes. The laws surrounding medical privacy required that Grumpy’s doctor not tell Doreen.

Grumpy decided that when it was time for him to die he was going to die. Until that happened he was going to enjoy his potatoes and cinnamon rolls and all the other good things in life.

He didn’t even fill out his prescriptions when he had been diagnosed because there was no place to hide them from Doreen. He did not want her to treat him like an old man.

He might have changed his mind if he had seen a ward full of patients with complications from advanced diabetes.

The hunk of wood landed on the top of his foot and broke two metatarsals close to where they dovetail into the ankle. It was a big chunk of wood.

Grumpy was surprisingly cheerful after Doreen wrapped it with a compression bandage and set him next to the wood stove with a big cup of hot chocolate. Grumpy stretched out the injured leg and rested it on a footstool.

Mark had beefed up enough to do all the chores. They had been doing the chores together for companionship more than for the actual effort involved.

Except for hobbling to “the can” and to bed every night, Grumpy stayed on his “throne” beside the woodstove.

Mark was typically the first one up in the morning and the last one to bed in the evening. Grumpy took to keeping him company, probably to delay the discomfort of hobbling off to bed. Lately, Mark had been heading to bed up in the loft before Grumpy turned in.

Doreen and Rosie shared a bed for warmth.

Mark found Grumpy sprawled out dead in the middle of the kitchen floor when he went to stoke the stove with kindling in the morning. It was two weeks after the hunk of firewood had slipped out of Grumpy's hands.

Doreen was inconsolable. Even though they had not slept in the same bed for almost two decades, because Grumpy snored, they had not spent a night apart since they were married.

A week later, Doreen passed. She left a letter written in her distinctive, loopy, Palmer cursive. It was addressed primarily to Mark. She apologized for her weakness.

In the letter she called him “a God sent”. Doreen suffered from Seasonal Affective Disorder. The dim light of winter triggered depression. Much of Grumpy’s banter was his engaging her to keep her out of the funk. The loss of electricity made the disorder a hundred times worse. Doreen had hidden her depression to shield Rosie, but losing Grumpy was too much.

She also informed Mark, “and to whom-ever it may concern” that she had taken her life with rat poison and had not died by foul play.

She left all of the contents of the house to Rosie and appointed Mark the guardian of both Rosie and those contents.

Mark put Doreen’s body next to Grumpy’s out in the old granary next to the hen house. The granary was metal lined to keep out rodents and that was the safest place to put them while the ground was frozen.