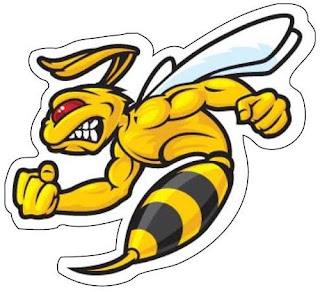 Kelly was spreading peanut butter on a couple of slices of bread when he announced to Di, who was in the other room painting, “Do you want this buggy to be any particular color?”

“Kind of a dingy blue.” Kelly said back. They had an open floor plan and Di’s “studio” was separated from the kitchen by a half wall.

“Yellow like a school bus or taxi cab?” Kelly asked.

“Why yellow?” Kelly asked. He really wasn’t surprised that she had chosen a bright color. It was a reflection of her extrovertedness and her enthusiasm for life.

“My first bicycle was yellow.” Di said. “Actually it was my second bicycle...but it was the first NEW bicycle I ever had.”

“Or you could just buy me a Camaro.” she added, slyly.

Kelly snorted. Low-slung sports cars are not a good choice for dirt roads that are given to chatter bumps and massive potholes.

“Yellow it is.” Kelly said.

He made a call to his nephew, Josh and Josh agreed to take on the project after hours. He agreed to pay extra for Josh to do the body work, filling in the dents and such.

Then he loaded the cab and box onto the truck and drove them over to Josh’s shop.

Kelly nodded his head in the affirmative. Di was a favorite aunt in the clan.

Josh said it would be ready in a week.

While waiting for the body work to be done, Kelly sprayed the inside of the box frame with “wax” to slow down the corrosion from the inside. Then he jigged up the cut ends and welded them together after taking multiple measurements to ensure everything was true and square. After welding he added a couple of 12 gauge, galvanized steel plates, top and bottom, to each side rail. The plates were eight inches long and two inches wide.

Not only was the sheet metal bright yellow but Josh had enhanced it with bold, black racing stripes. The front of the racing stripe was a fist and the back segued into a vicious looking yellow jacket. Josh had also foamed and formed the front to look like the front of Santa's sleigh.

“Nice graphics.” Kelly said. “What made you think of that?”

Josh shrugged. He was an artist. “I have catalogs. The yellow jacket is a version of Georgia Tech’s mascot but nobody around here will know that. The fist...well, I though you might be driving it sometime.”

“I guess the Georgia Tech mascot is appropriate. This really will be a ‘rambling wreck.’ “ Kelly said.

By the time Kelly had the buggy all assembled Di had brought the horses back from New Jersey and had spent some quality time bonding with them.

One thing Di did not tell Kelly was how much she had spent on tack and horse care equipment. Di had a fun money account for projects and the folks at the adoption center had been very thorough in walking her through what she needed to care for her two, new babies.

Di was also pleased that the center had taken pains to ensure that the two boys (geldings) got along. Horses are like humans and have distinct preferences for who they enjoy hanging around with.

Kelly dragged the buggy out of the barn with his tractor.

If Di was disappointed that it was a wagon rather than a buggy she did not let it show.

Kelly could see every imperfection but Di seemed dazzled.

“It BEAUTIFUL!” she gushed.

A couple of months later Kelly was driving to Vermontville and saw an Amish buggy clipping along between fifteen and twenty miles per hour. That was three times faster than either horse could pull the yellow wagon.

Kelly bought a “real” buggy shortly after that. Much to his surprise Di continued to drive the wagon more than the “real” buggy. She really did like it.  It was yellow.